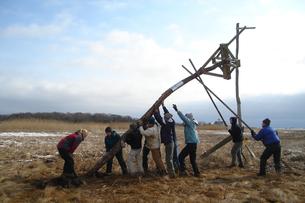 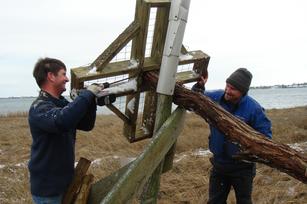 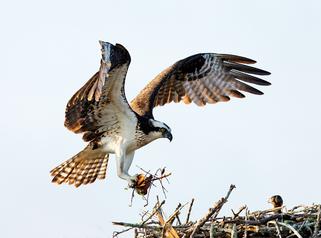 It is believed that the East End Osprey population was the largest (densest) breeding area in the world. The venerable “Fish Hawk” nearly went extinct due to excessive use of DDT following WWII. DDT led to a thinning of eggshells in Osprey, Bald Eagles, Great Blue Herons, and many other bird species.

When DDT was banned in 1972, Osprey populations slowly began to rebound. To aid in their recovery, environmental groups (including Group for the East End) created nesting platforms on poles in marsh habitats. Since the early 1980s, the Group has assembled more than 100 such platforms and currently monitors roughly 400 Osprey breeding sites across eastern Long Island. 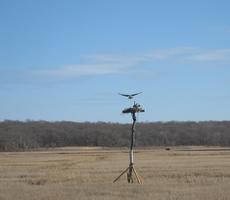