Plum Island is a unique 840-acre island just off the eastern tip of Long Island’s North Fork. The area has been the base of an animal-disease laboratory since 1954 and is now run by the U.S. Department of Homeland Security. The lab takes up less than 20% of the island, leaving much of its environment undeveloped and free of human activity. Unfortunately, during the summer of 2013, the government announced its decision to sell the land, since the lab was moving to Kansas. If sold, the land would go to the highest bidder and be turned over to private interests, who would likely try to develop the island.

More than 200 species of birds, including High Priority State Wildlife Action Plan (SWAP) wildlife such as the Piping Plover and Roseate Tern, live or feed on Plum Island. Additionally, rare plants and entire ecosystems would be disrupted and destroyed if their habitats were replaced with substantial development. After several years of advocacy for the Island's protection, Group for the East End joined with the Connecticut Fund for the Environment and other environmental advocacy groups to sue the General Services Administration and Department of Homeland Security for failure to adequately provide for the protection of endangered species before pursuing the island’s sale. Plum Island is an ideal habitat for many high priority species and should remain in public hands where it can be protected as a refuge for wildlife. The case is ongoing, but efforts to protect the island's rare species will continue. 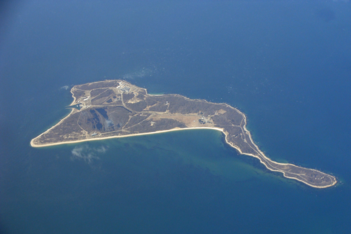