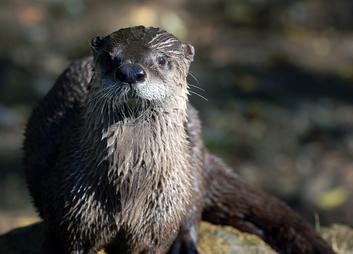 The Long Island River Otter Project was created by East End naturalist and author Mike Bottini in 2008 when a survey was conducted to determine the status and distribution of river otters. In February 2012, a study was conducted to examine behavioral and population characteristics of the river otter at coastal sites on Long Island. The study included seasonal movements and habitat use and explored the detrimental effects of cars on the population because roadkills were observed to be an issue for the restoration of the river otter population.

River otter sites were monitored using surveillance cameras in order to determine the frequency of otter activities in the area. Data was collected from this camera footage and from the carcasses of otters that were killed by cars.  Ideally, river otter research on Long Island will continue with support from the community in order to restore the population.

Click here to hear Mike Bottini speak about the Long Island River Otter project in an April 2010 interview with Debbie Klughers on her show Keepin' It Green.

Take a look at this Newsday article to read more about the river otter come back.